What’s so special about a paperclip? 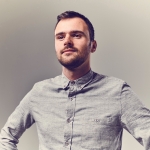 Paperclips are pretty run-of-the-mill everyday items and probably not worth a second thought. But before you shove them back into the bottom of your desk consider this; they’ve been in continued use for well over a hundred years, changed relatively little, survived the introduction of rival binding methods, found a home on digital platforms, and even at one point came to represent a nation’s collective resistance to fascism. That’s quite impressive for something so mundane.

“Good design is as little design as possible”

The origins of the paperclip are unclear; many different individuals and even countries stake a claim to its invention. The form we are most familiar with is referred to as the ‘Gem’ clip and was being exported to the US from Britain as early as 1907. However, there are some American patents in existence dating from at least ten years earlier for similar designs. The man most often credited as its original inventor was John Vaaler (his patent dates from 1899), a native of Norway where it quickly became a national symbol. By the late 1930s it was pinned to lapel jackets as a show of resistance to the spread of Nazism. Despite this, it has never lost its raison d’être, even up until today.

Its invention was out of necessity (as indeed so many things are) with the need to temporarily bind together sheets of paper without damaging them. At this point in time other methods either required cutting or piercing the sheet to be effective, a semi-permanent solution that over time led to pages becoming tatty and untidy. The paperclip elegantly solved this problem, allowing for pages to be easily swapped and exchanged without leaving behind a mark or indentation. Other methods were available that could achieve something similar but were bulkier, more complicated and cost more to produce, such as the early iterations of the bulldog clip. However, it was the paperclip’s simplicity and ease of manufacture which allowed it to continue to outperform these rivals, eventually leading to the ubiquitous item we know today.

However, the story doesn’t end there. If you get out your phone or open up your email and try to attach a file you’ll find the paperclip icon right there in front of you. It is now included in most icon sets as standard and makes an appearance in many different software packages. Somehow the paperclip, as basic as it is, has migrated across into the digital universe. So successful has it been in creating a strong association with attachment, the image of it has now become synonymous with the function it was designed for.

In ancient times, symbols were used to represent words or phrases in early writing systems which we now call logographic (think Egyptian Hieroglyphs or even modern day Chinese and Japanese Kanji). Perhaps it is possible that along with other similarly everyday common items like the pencil and the eraser, the paperclip might one day come to be immortalised in a modern digital language, perhaps even after the use of paper has ceased and its original purpose is no longer required.

Whatever the paperclips future one thing is certain, its success is down to its simplicity. Through the intelligent application of clever, designerly thought and material knowledge, an object has been created that has stood the test of time. It has come to represent the very best of design practice, an item that serves its purpose and does it well, setting a high but important benchmark; keep it simple.