Women Who Dared to Create 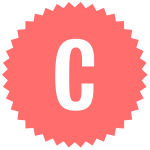 Barnsley’s Cooper Gallery is home to a considerable Fine and Decorative Arts collection, dating back to when the gallery opened in 1914. There is a healthy diversity in medium and subject matter, but an astoundingly low percentage of works by, yes, you guessed it — women. It was this realisation that prompted Melissa Gallimore, a freelance curator currently working with the Cooper, to delve deeper into its catalogue and uncover some uncomfortable truths, in turn, confronting gender inequality throughout the canon of art history.

The resulting exhibition, Artists & Adventurers – Women Who Dared to Create, is set to be a vibrant showcase of art from the Victorian era right through to the present day, including works by Madeleine Moore, Eliza Turk, Vanessa Bell, Clarice Cliff, Prunella Clough and Lucy Rie. Thematic, rather than chronological, the curation seeks to reposition women artists as the authors of their own work, rather than merely the ‘daughter’ or ‘wife‘ of an artist; titles that the patriarchy frequently imposed as an attempt to strangle female creativity and independence. Such misogyny even extended to the thinking that women did not possess enough intellect to be ‘artists’ and were instead much more suited to rearing children or simply keeping house. At best, in relation to ceramics, women were thought suitable to handle the decoration, but not to physically throw pots or be hands-on with materials. Systematic control of gender was, and is still, rife on all levels and women have had to continually push, challenge and shout to make their individual and collective voices heard.

Cafeteria is proud to be designing the identity for such a considered exhibition. Our design pitches a characterful serif typeface, referencing the historical narrative, against a clean, confident and contemporary sans serif, indicative of the modern reading being presented. It felt essential that our designs were not overtly gendered, as this would do an obvious disservice to the intent, with the biographies and works exhibited being much bigger than the sum of their makers. This is supported by the use of a diverse, pastel colour palette with the lead blue referencing a utilitarian studio floor. The bold, sweeping brush marks involved making a real mess in-studio, with paints, brushes and papers — the dynamism of each stroke a metaphor for the protest of simply being a woman, let alone an artist, since the beginning of time.

Artists & Adventurers opens on September 15 and runs through to January 12, 2019