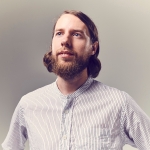 Inside the gallery to document the exhibition, I soon realised that shooting off tripod would be essential due to the levels of light necessary to conserve the albumen prints and archaic cameras on show. Exposures of four seconds came into play, allowing just enough light to hit the sensor of my full-frame digital camera. Whilst shooting it occurred to me that this mirrored the lengthy exposures required to stain time on the wet collodian glass plates from which the hung prints were made; I just didn’t require bellows or head clamps.

Victorian Giants: The Birth of Art Photography, is the latest touring exhibition to hit Museums Sheffield from the National Portrait Gallery in London. It features photographs by four of the most celebrated photographers of the Victorian era; Lewis Carroll, Julia Margaret Cameron, Oscar Rejlander, and Clementina Hawarden: and is filled with strikingly considered, ofttimes playful, always compelling images of faces. Faces over 150 years old — many ethereal, yet staggeringly present, regardless of how soft, murky or imperfect the plate from which they’ve been printed.

Ultimately, these are ‘social’ images with plenty of art direction thrown in. They seek to engage the viewer — portraits full of vitality and spirit as if the sitters were posing for you, with you, in the gallery, some even observing you as you observe them. There isn’t a heart-shaped icon to tap in the teal-walled space, or an algorithm filtering which photographs we see based on what we liked in the previous room, but we feel comfortable in this arena. We’re overly familiar with the process of looking at another life and remarkably, apart from the garb on their backs, these ‘others’ don’t feel a world away.

Whilst all four photographers knew and had great respect for each other only Rejlander was classed as a professional. The other three were thought of as amateurs. Julia Margaret Cameron actually came to making photographs late on, introduced to the medium by her friend, astronomer and physicist John Frederick William Herschel. She was gifted a camera by her daughter and son-in-law, and her family members became a frequent presence in her work. Cameron was not precious with her plates and rather than striving for perfection she took pleasure in the imperfections that the medium afforded her; scratches, streaks, dust and fingerprints. This liberal attitude to making images, albeit considered, pointed towards a new democracy in image making, suggesting that one doesn’t have to be formally trained to make a good picture. I wonder how many followers she would have on Instagram today should she still be with us.

Visit for free at the Millennium Gallery until September 23, 2018